Animal Crossing: New Horizons is a Nintendo Switch game where players develop a small town on an island. Every player's island has a native species of fruit, which can be bought and sold at Nook's Cranny for a small amount of currency (bells). However, a larger amount of bells are given when selling non-native fruit species, which are obtainable by travelling to another person's island. This inadvertently allows savvy players to conduct arbitrage.

Unfortunately, while you can effectively earn free money by buying large amounts of fruit and selling it at a friend's island (and buying fruit there and selling it on your island), the resulting process would be terribly boring if conducted by hand. Since the Nintendo Switch has a USB-C port for connecting accessories, we can use it to inject HID commands to automate this process entirely. All you need is a couple of Teensy microcontrollers, some mini USB <-> USB-A cables, some USB-C dongles, and a copy of Python. 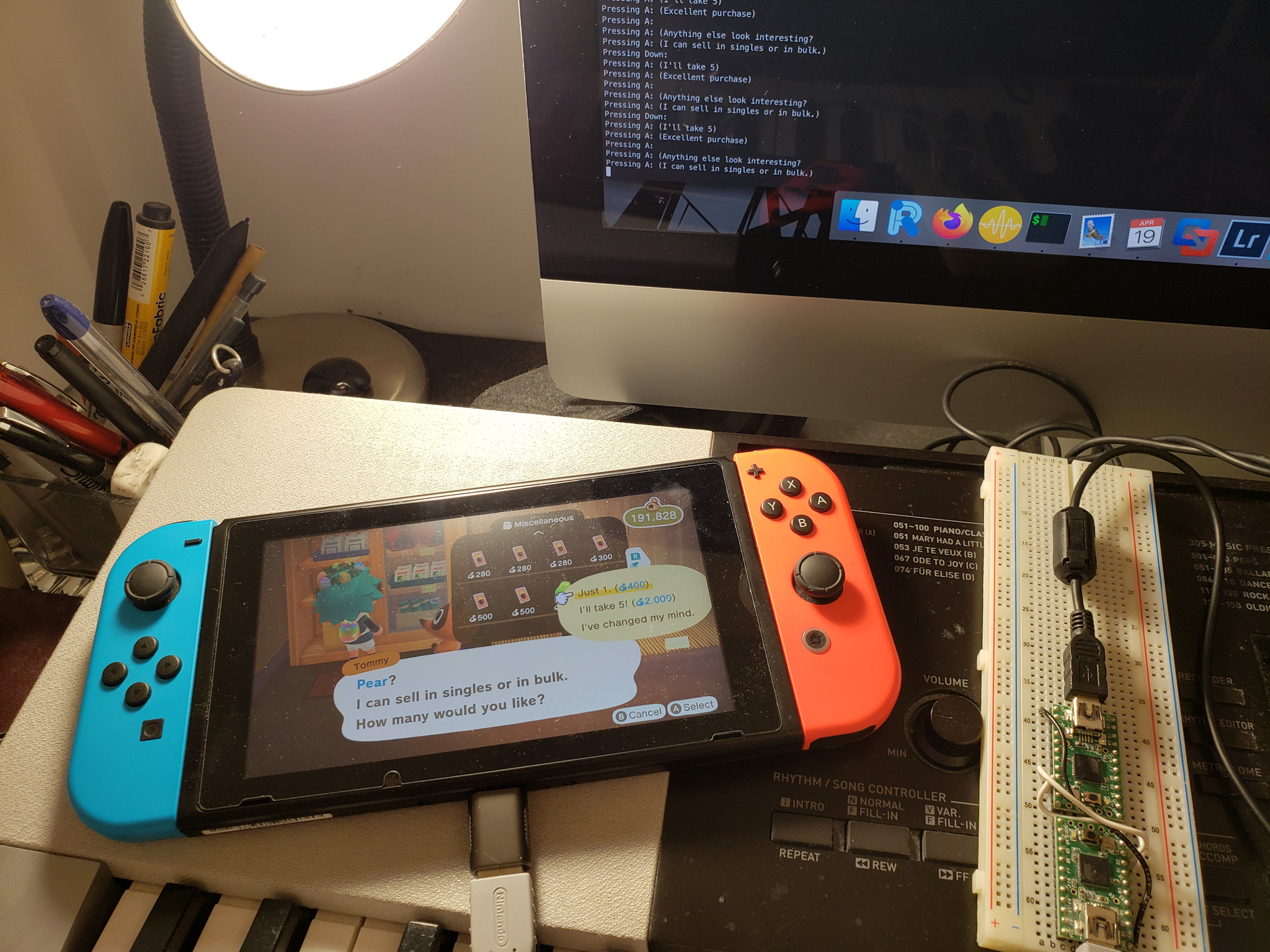 Turnip trading is far more lucrative, but cannot be performed until much later in the game.